Workshop with the artist collective Baggenstos/Rudolf

The project «Politics of Space» examines (post-)democratic spaces in Hong Kong and Zurich. It addresses the question of whether these spaces exist despite an increasing capitalist or post-democratically oriented spatial production. Can these kind of spaces described as radical democratic? The project investigates and examines such democratic spaces and observes and analyses the related organization, material form, discourses and actors.

The workshop «Art as Diverter» puts its emphasis on light situations in public spheres and its specific functions and representations. With lighting the situations will be put under the light on the one hand, on the other hand these situations are always an expression of social, economic and capitalist power relations. Any public light source can serve as a starting point for this work. The light will be converted into electricity with solar panels and will be reorganized with a personal element of display. In a playful way, not only the light is derived – captured – and transformed, but also the respective light sources and locations will be critically surveyed according to their functions and representations.

From DIY to DIWO

The participants of the workshops can make their own electronic solar modules, consisting of solar cells, a memory circuit and a self-designed display. The display module opens a broad design space with LEDs. In a further step, the modules will be installed and documented by the participants in urban areas.

This workshop format allows the transformation from a DIY (do it yourself) approach to a DIWO (do it with others) approach. This switch of level is not just about producing objects, but it also serves to evoke discussions by putting the objects in the specific places in Hong Kong, regarding also the social situations – especially with regard to public spaces. It should detect the dissonances, fractures and contradictions between what is and what is not; between the omnipotence of capitalist consumption spaces and the desire for creative and democratic open spaces.

A first workshop took place on April 10th and 11th with students from the Hong Kong Polytechnic University, School of Design.

With a solar cell, we derived electric light from the public space and operated with the harvested energy the character 樂. The solar module served as a kind of sensor to measure brightness. Depending on the light intensity of the tapped light source, the character 樂 shined more or less strongly. In this context, a correlation between brightness and the state of gentrification emerged. 樂 serves as a Lux-meter and at the same time as a luxury meter. 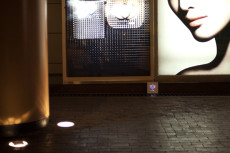 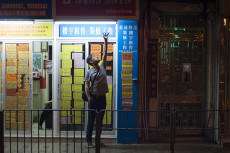 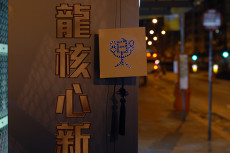 This is my private garden 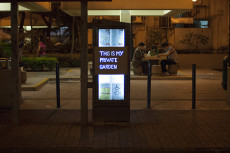 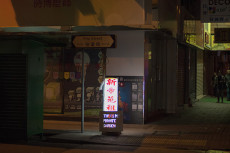 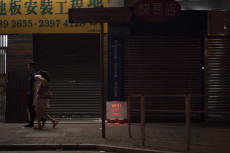